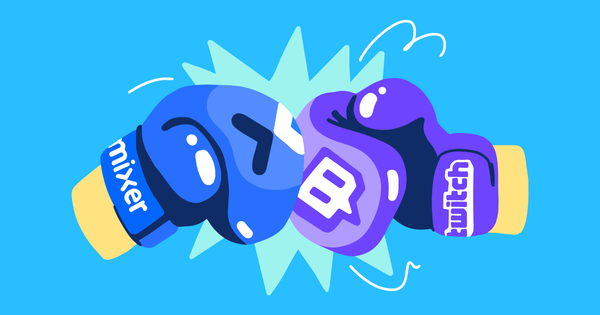 Mixer vs. Twitch: Is there a real choice?

When the news broke that Ninja was leaving Twitch for Mixer, it sent ripples through the whole niche, and probably prompted numerous people to ask themselves, “is it time to start streaming to Mixer instead of Twitch?” 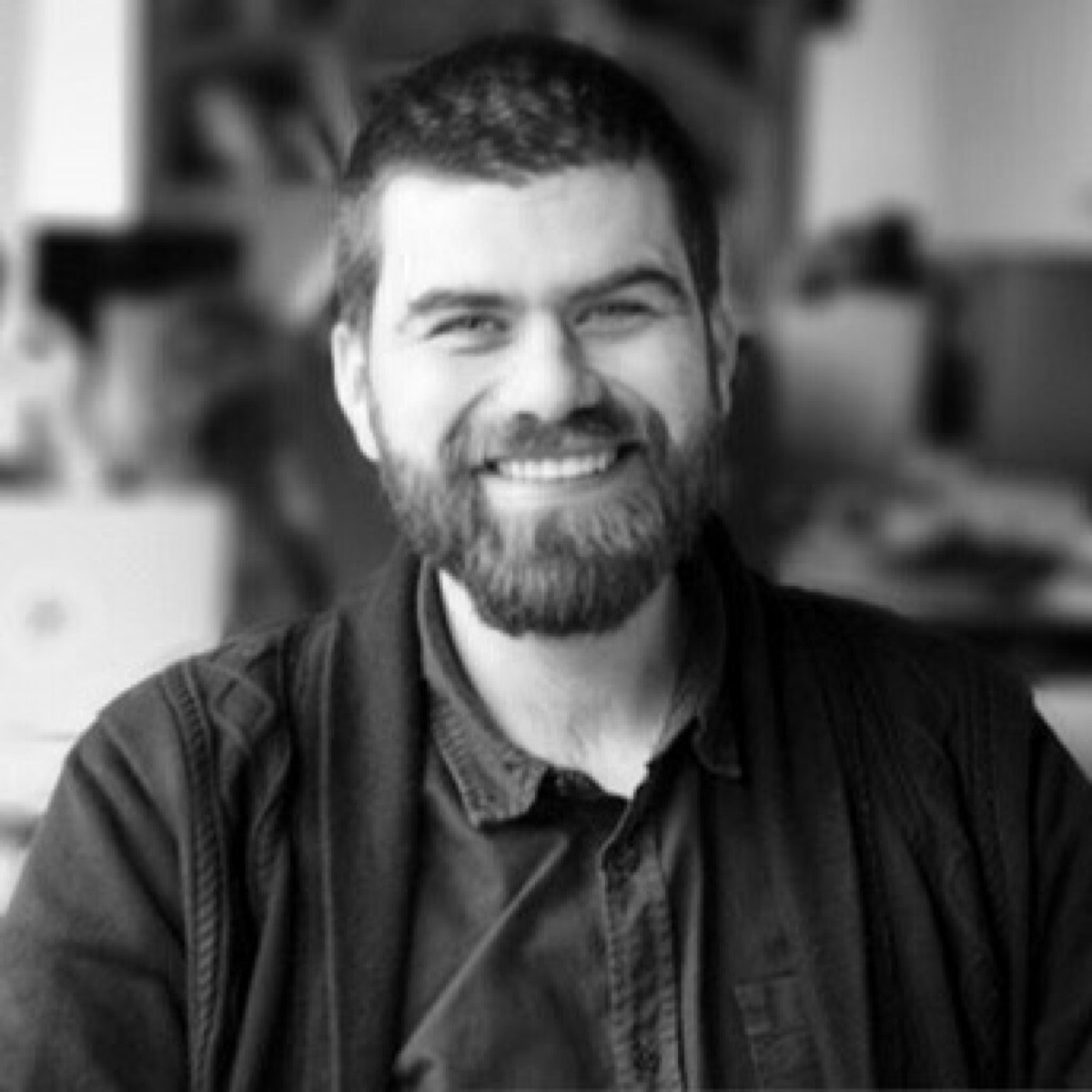 UPDATE: On June 22nd, 2020, Mixer announced in a blog post that the service will shut down in a month’s time. The news hit the Mixer community hard, and some were especially dissatisfied with the way Microsoft, Mixer’s parent company, has handled the announcement. Microsoft has partnered with Facebook Gaming to find a home for Mixer partners. While some are bound to consider it, Twitch’s established presence is sure to draw others. To help you determine the best choice for you, we can refer you to our Facebook Gaming streaming guide, as well as our Twitch streaming guide.

You know that live video game streaming has arrived when the news of popular streamers switching platforms becomes headline material. That’s what we saw when the streamer Felix Kjellberg, better known as PewDiePie, signed an exclusive live-streaming deal with the platform DLive.

The biggest headline of the sort in the gaming live video streaming community came later. It prompted many new streamers to wonder whether it’s time to focus more on Mixer instead of Twitch.

The video game content live streaming niche is dominated by two factors: the streaming platform Twitch and the video game Fortnite. It’s very hard to mention the words “Twitch” and “Fortnite” without mentioning the word “ninja,” which is the nickname Tyler Blevins used during his rise to live streaming superstardom.

Blevins was already an established protagonist of news stories thanks to Fortnite’s moment in the eye of popular culture. But when the news broke that he was leaving Twitch for Mixer, it was more than just a newsworthy article.

Ninja’s move to Mixer sent ripples through the whole niche and probably prompted numerous people to ask themselves, “Is it time to start streaming to Mixer instead of Twitch?”. In the aftermath of Ninja’s move, many people had a positive answer to that question.

The only problem, as we know now, was that most of them were streamers. We know that the amount of content on the platform has increased, but the number of hours watched hasn’t. The fact that Mixer’s having trouble with growing its fan base didn’t discourage another popular streamer, Shroud, from making the move.

He was soon followed by King Gothalion, also a Twitch streamer with a following. It seems that Ninja, Shroud, Gothalion, and all the other Mixer streamers know what they’re doing — they are streaming at a professional level, and the choice of platform matters a lot. So let’s see if Mixer is better than Twitch and which one of the two networks is better for you.

The platform we know today as Mixer wasn’t always called that. Up until May 2017, the platform had a different name – Beam – but Microsoft had to drop it because it wasn’t available for trademarking worldwide. The platform wasn’t originally developed by Microsoft, either – the company bought Beam back in 2016.

Being a part of the Microsoft family gives Mixer some big advantages almost by default. It comes packaged into the world’s leading operating system, Windows 10. It also has native integration with the Xbox consoles. But just the fact that you own an Xbox or a Windows computer wouldn’t be enough to make you stream on Mixer, right? Well, here are some of the aspects that might give you a nudge in that direction.

Why stream on Mixer?

If Mixer and Twitch were able to face off in a boxing match, Mixer wouldn’t be the favorite for the win. Still, this plucky underdog has some very interesting traits that make it stand out from the streaming crowd. Thanks to them, Mixer is outcompeting any other streaming platform in very specific segments.

Mixer’s faster-than-light (FTL) streaming protocol is one of the best things happening in the world of streaming today. Usually, there would be a delay between a viewer sending the streamer a message, the streamer receiving it, replying to it on-air, and the viewer seeing the reply. Every platform has this issue, and they are all trying to do something about it. Mixer’s FTL protocol makes it almost like there’s no delay. That’s bound to boost audience engagement.

You’ll want to engage that audience a lot because Mixer takes a lot of pride in keeping the community friendly and non-toxic. Other platforms that are more competitive and crowded might be harder for enforcement in terms of conduct, community guidelines, or just the general do’s and don’ts of the platform. Mixer doesn’t seem to have that problem.

This is probably at least partially due to the friendly and available support staff. The general feeling, as described by users in various places online, is that Mixer’s staff is available for communication when they’re needed.

The bottom line is that Mixer has a friendly community, great support staff, and interactivity features. FTL is a thing of beauty, really. Unless you’re using Mac computers or PlayStation consoles to stream, you probably already have access to Mixer. The streaming platform has its faults, too, but we’ll talk more about that later, because now it’s time to learn a bit more about what makes Twitch so great.

It also doesn’t hurt that Twitch has operated as Amazon’s subsidiary since the company bought it in 2014. This made it easy for Amazon to synergize its Prime services with those of Twitch. That was only the beginning of mixing the services and functionalities of Amazon and the streaming platform. But that’s not the real reason why streamers are flocking to Twitch.

Why stream on Twitch?

Remember when we said that, if faced with Twitch in a boxing match, Mixer would likely lose? Well, it’s not because Mixer is bad in any way. It’s because Twitch is the undisputed champion of live streaming platforms, with more daily streamers and more content produced than any other platform.

Would that alone be a good enough reason to live stream on Twitch instead of Mixer? It just might. Here’s a number that will probably convince you: reports show that roughly 72% of all live-streamed content that viewers actually watch, they watch on Twitch. If you’re not sure what that means for you as a streamer, we’ll put it bluntly: Twitch is where people watch live streaming. There might be other niche platforms that are better for targeting very specific audiences, but when it comes to the gaming niche, Twitch is where it’s at.

Numbers count for a lot when it comes to the live streaming platform you want to use, and Twitch has the biggest audiences in the industry. Plenty of great things come out of that, including your ability to reach new and unknown audiences, to attract more viewers, and to attract random viewers.

But there’s more to Twitch than just audience numbers and metrics, no matter how attractive those metrics might be to professional streamers. Here are some great things streamers can expect from Twitch:

The bottom line is that, besides being the biggest live streaming platform, Twitch is also a good streaming platform that has plenty to offer to streamers and viewers alike. But if that’s bringing you closer to choosing Twitch as the answer to the question “Should I stream on Twitch or Mixer?” wait for a second. We’re yet to cover the downsides of using these platforms.

Read Next: How to stream on Twitch: The ultimate guide 📍

The biggest problem streamers face on Twitch and Mixer

By now, you should have a clearer picture of the whole Mixer vs. Twitch dilemma. You should understand which fits your sensibilities better. Do you want to stream on a platform that has almost a boutique feel to it, or do you want to go to the biggest, most-appealing digital streaming market in the world?

Usually, the very fact that Twitch has more viewers than Mixer is what sways the vote in the direction of Twitch. However, Twitch has a well-documented problem of people spending months and even years streaming without any viewers. The top 5,000 channels on Twitch get almost three-quarters of the 72% of watched content we mentioned before. But Twitch has more than 2.2 million unique broadcasters. They get to share the remaining quarter.

As someone who streams video games, it makes perfect sense to have “build an audience” somewhere on your to-do list. There’s no other reason to stream. Your presence on Twitch, the place where audiences are, doesn’t mean you’ll be able to build a following at all, let alone easily or quickly. It’s very hard to stand out in such a crowded place.

Mixer isn’t a quick solution, either. Sure, it’s less crowded, and it has some awesome ways to promote your content. But even if you see any initial growth, it’s probably not going to last for long because Mixer still doesn’t have a broad user base. That’s limiting your growth potential.

Why multistreaming with Restream is the perfect solution

The question isn’t whether you should stream on Twitch or Mixer. Both platforms are great. Each has its set of advantages, and there’s an exciting future in store for both of them. But if you’re looking to achieve the goal of building a following, you’d do best if you streamed to Mixer and Twitch at the same time. That’s exactly what Restream enables you to do.

Instead of picking a single streaming platform, Restream lets you stream to any combination of more than thirty platforms it supports. You don’t need a faster internet connection or any additional hardware to do it – Restream is a cloud multistreaming service that takes care of all those things for you.

The list of reasons why you should use Restream to multistream to Mixer and Twitch doesn’t stop there. Restream offers you tools that help you manage audience messages and chats, as well as providing you with stream analytics and ways to schedule streaming of pre-recorded videos.

But above all, you should use Restream to stream to Twitch and Mixer simultaneously because that’s such a good strategy for checking out different platforms before committing to any. Who has the time to do one stream on one platform, then another stream on another platform, and the third stream on a third platform? Restream helps you save time and keep all your options open until you’re ready to choose.

The live streaming market is tough and competitive. Even if your fellow streamers are nice and you create a mental block to deal with the trolls in the comments, you’ll still have to deal with the fact that you’re competing for an audience’s attention. Choosing audience A over audience B (in this case, Mixer over Twitch) isn’t the best possible choice. Adding audience A to audience B by multistreaming is. And that’s what Restream is for. 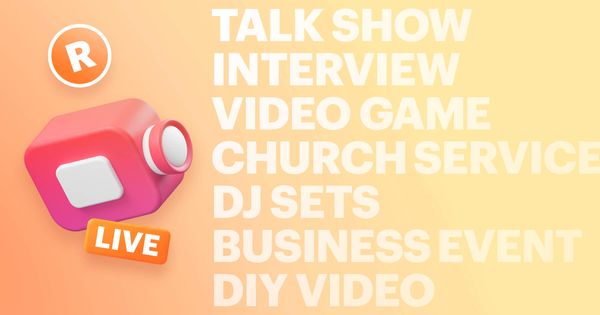 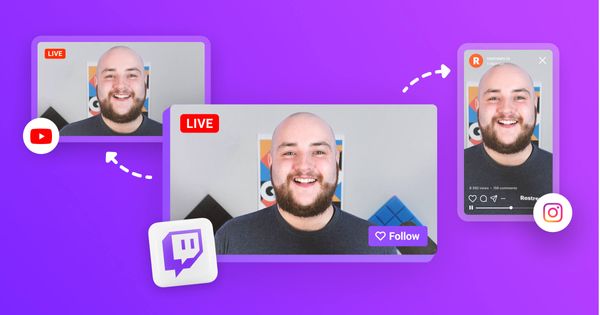 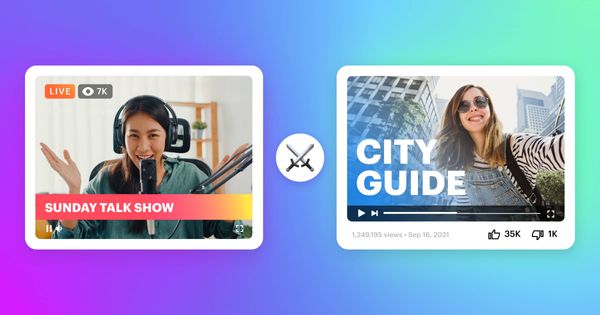 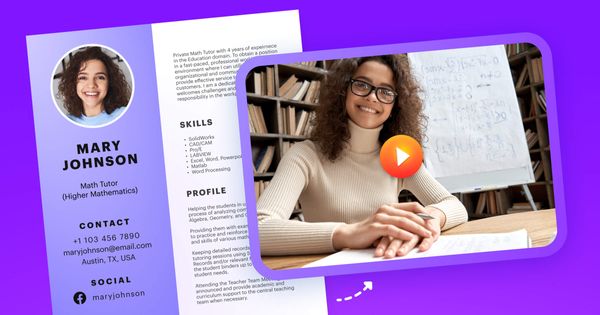