Live streaming definitely had a big year in 2020, thanks to the global pandemic that kept everybody at home. During the first months of lockdowns and quarantines that were taking place all over the world, celebrities took to live streaming as a way to entertain and connect with fans. Actors, musicians, TV personalities, politicians, professional athletes, and others started broadcasting themselves from their homes, directly into ours.

Some celebrity live streamers did a one-time live stream special, while others did an entire series of live shows. Some have stopped going live, but you can still watch their entertaining replays. You can also check out the celebs who still stream regularly, like Terry Crews, T-Pain, Reese Witherspoon, Mike Shinoda, and others.

Pro gamers aren’t the only ones who draw a big audience on Twitch; famous actresses, musicians, athletes, politicians, and other celebrities live stream on Twitch too. Check out these celebrities on Twitch the next time they go live!

Terry Crews is probably one of the most well-known celebrity Twitch streamers. His son, Isaiah, got him into video games, and most of his streams are with his son. They stream Danganronpa: Trigger Happy Havoc together.

Mike Shinoda of rock group Linkin Park streams regularly about music production, with the occasional casual game thrown in. Currently, he’s accepting song submissions from artists and agreeing to produce them live on his Twitch and YouTube channels.

In addition to having a successful rap career, T-Pain also streams consistently on Twitch. Recently, he’s streamed Rust and Assetto Corsa, as well as given some peeks into his studio. Also, if watching T-Pain stretch and work out was something you needed in your life, then you’ll be happy to know he’s also been streaming Ring Fit Adventure lately.

Joel Zimmerman, aka Deadmau5, loves video games and took to Twitch often to stream Player Unknown’s Battlegrounds, as well as his music-making process. He was banned in February 2019, but Twitch later reinstated him. Since the ban/unban, Deadmau5 has been less active on Twitch.

Snoop’s channel is home to live tournaments and other sponsored content. Lately, he’s been streaming a lot of Madden NFL 21 as well.

CJ Anderson is a former NFL running back who played for seven seasons primarily with the Denver Broncos. He’s also a big gamer and streams Apex Legends. In addition, he talks about football and sends all his Twitch donations to the Dreams Never Die Foundation.

U.S. Congresswoman Alexandria Ocasio-Cortez, better known as AOC, recently started streaming on Twitch. Politicians are generally too busy to game, but she streams Among Us every so often and has used her channel to discuss political issues.

Of course, Twitch isn’t the only place you’ll find celebrities live streaming. Many famous actors, musicians, fashion designers, and TV personalities don’t live stream video games, so they use Instagram instead. When some of these celebrities go live, you’ll definitely want to tune in.

During the first lockdown in the spring of 2020, Miley Cyrus frequently streamed her live show Bright Minded on IGTV. Her show featured other celebrities such as Elton John, Selena Gomez, and Jimmy Fallon. She even wrote and recorded a jingle for Bright Minded. The show has since ended, but you can catch the replays or watch Miley’s other Instagram live streams.

DJ D-Nice live streams DJ sets on a regular basis, often collaborating with other artists. His hour-long jam sessions make great backdrops for at-home raves that are all the rage during lockdown. Either tune in live to watch DJ D-Nice or catch one of his many replays.

Justin Bieber streams everything from jam sessions to interviews and features content from other celebs and newsreels. Justin’s also fairly spiritual, so he streams guided prayers and other content about religion. He’s live on Instagram regularly and definitely worth checking out if you’re a fan of his music.

For live recipe videos and home décor how-to’s, head to Marth Stewart’s IGTV. During the first wave of the pandemic, her channel featured Homeschool with Martha, with baking and home tips directly from the queen of home living herself. If you don’t catch her live, there’s a rich archive of replays to go through.

Paris Hilton live streams regularly, showcasing her interviews and quick snapshots of her life. She also posts Q&As from fans.

During the pandemic, famous fashion designer Alexander Wang started a live stream called Staying In With Alex. On the show, he interviews models, actresses, and other fashion industry professionals. Even if you’re not into fashion, Alexander’s bubbly personality is such a treat to watch, it’ll cure any pandemic blues you’re feeling.

For inspiration, positivity, and great smoothie recipes, check out Reese Witherspoon on IGTV. The actress shares tips and behind-the-scenes glimpses of her projects, and she even started a series about parenting, mental health, and counseling, called Shine On with Reese at Home, in March 2020.

Like many celebrities, John Mayer started a live streaming show on his Instagram to help entertain people at home. His hilarious show Current Mood featured other musicians or just John’s own antics. He stopped streaming Current Mood in May of 2020, but it’s full of funny moments, so it’s definitely worth re-watching.

The most memorable lockdown live streams

When most of the world went into COVID-19 lockdown in March through May of 2020, entertainers, journalists, international organizations, businesses, and just about anybody with a camera and some notoriety took to live streaming to put us all in a better mood. While some started recurring live shows, others put together a one-time live event. Here are some of the most memorable live streams from the 2020 pandemic lockdown.

👉 Together at Home by WHO

One of 2020’s biggest gatherings of the world’s most famous musicians took place online, at a live stream concert organized by the World Health Organization (WHO) and Global Citizen. The One World: Together at Home concert included a six-hour online pre-show followed by a global television broadcast. WHO chose Restream to multistream the broadcast across multiple channels, so online viewers from around the world could tune in on any major live streaming platform.

Musicians such as Stevie Wonder, Paul McCartney, Elton John, The Rolling Stones, Taylor Swift, Lady Gaga, Common, Chris Martin, John Legend, and Jennifer Hudson appeared. Other famous actors and TV personalities such as Stephen Colbert, Jimmy Fallon, Jimmy Kimmel, Ellen DeGeneres, Amy Poehler, Michelle Obama, and Oprah Winfrey were also featured in Together at Home. The point of the live stream show was to encourage social distancing and ask people to stay at home during the early days of the pandemic.

James Corden was one of many U.S. television late-night hosts to take their live shows online when the pandemic first hit in 2020. On HomeFest: James Corden’s Late Late Show Special, host Corden broadcasted live from his garage, while bringing on guests (virtually) from around the world. Will Ferrell and David Blaine appeared, with musical performances by BTS in South Korea, Andrea Bocelli in Italy, Dua Lipa in London, and Billie Eilish with Finneas and John Legend in Los Angeles.

TikTok announced a week of live programming on its platform in March as a way to lift people’s spirits, encourage them to stay home, and support their community of creators. The #HappyAtHome: LIVE! lineup included a new theme for each day of the week, Monday through Friday. Celebrities like Tyra Banks, Arnold Schwarzenegger, Bill Nye, Alicia Keys, and more contributed to TikTok’s live week.

When it became clear that the pandemic was going to stick around for a while, some late-night TV hosts decided to continue doing their shows remotely, with themselves and their crew working from home. Jimmy Fallon did The Tonight Show: At Home Edition from March to July 2020 with the help of his wife and two young daughters. The At Home Edition let Fallon invite viewers into his home, and people loved the informality of it. In July, Fallon and a small crew returned to The Tonight Show studio and resumed filming the show there, but with no live audience.

The Werq the World traveling concert series, associated with the reality TV show RuPaul’s Drag Race, was just one of many events that had to go virtual in 2020. The Werq the World Live Stream brought some of the most legendary queens and Drag Race champions together for a live broadcast on April 4, 2020. The event was held to help raise money for drag entertainers around the world who had lost income due to the closure of bars, restaurants, and nightclubs.

English singer-songwriter Robbie Williams was one of many stars to treat fans to an online performance during the early days of the pandemic. He streamed a 90-minute live karaoke session on his Instagram in March, and tons of fans tuned in.

Mike Shinoda goes live all the time, and at first, he was going live on Instagram. He later switched to YouTube and Twitch — then decided to stream to all his favorite platforms at once by using Restream. He’s one of the few celebrities who’s still doing live streams for fans even though the pandemic is almost one year old now. You can find replays of his streams on all his social media channels, particularly YouTube and Twitch.

If you’re a live streamer who wants to reach as many fans as possible, like Mike Shinoda, then Restream Studio can make it happen. Not only can you broadcast your stream to 30+ channels, but you can also go live directly from your browser — no encoder needed! Plus, you can add professional and custom graphics, stream screens, and videos to take your stream to the next level.

⚡️ To learn more, check out our guide on Restream Studio.

2020 let us get closer than ever before to our favorite actors, musicians, authors, and celebrities thanks to live streaming. In 2021, going live will still be a crucial way for celebs to reach their fans, and we’ll keep tuning in. This year definitely won’t be the end of celebrity streamers. 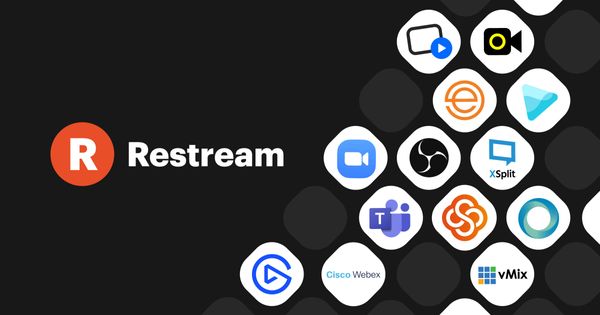 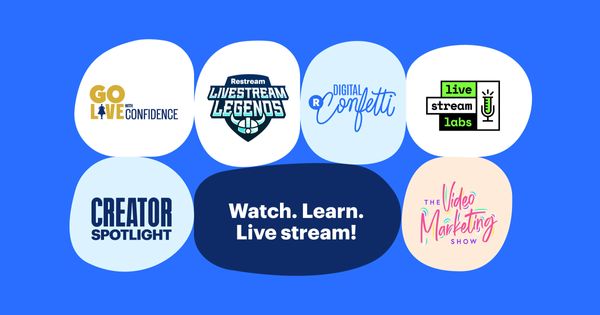