Back in 2015, Google launched YouTube Gaming as part of an effort to challenge the supremacy of Twitch in the gaming content market. The company gave Gaming an app of its own and set it free to compete with its more established, and older, nemesis.

Cut to 2018: Google announces that its Gaming app was a flop and decides to shut it down in March 2019. Gaming content creators were unfazed. The majority of them were using regular YouTube to post gaming content instead of the gaming.youtube.com version.

The status of gaming content on YouTube hasn’t suffered due to the change. YouTube gave gaming its own section of the platform, so users can now find it under “more from YouTube”, along with YouTube Live, movies, and shows. The new link is youtube.com/gaming. And if you’re considering joining it with your own content this year, here are some things you should know.

1. Twitch is still the go-to platform for live streaming, but YouTube is catching up

Twitch is still the undisputed champion of live streaming. In September 2018, for example, viewers watched 813 million hours of content on the streaming platform. As opposed to YouTube Gaming which only brought in 226 million hours of watched content. However,  a closer look at the numbers will show that YouTube is catching up.

The engine of Twitch’s growth right now isn’t in gaming content. Twitch is growing mostly because of the influx of streamers who don’t post gaming content at all. Instead, you can see a bunch of new IRL (In Real Life) content that ranges from people eating to people making soothing noises with various objects.

But the shift towards IRL content hasn’t made Twitch a better platform for launching a career. Twitch has long been notoriously difficult for newbies who wanted to use it to make a gaming career. That hasn’t changed and it’s just beyond oversaturated now. You’d need to put in an enormous amount of time and effort into streaming and engaging with other people’s streams to get low double-digits attendance in your chat.

What does this mean for a gaming content creator? Well, the fact that Twitch is crowded means that it might be easier to start a streaming career on YouTube. The timing is perfect so going on the second biggest live streaming platform is a sound strategy right now.

2. You need to take content creation seriously if you want to have an audience

How do you view your content creation endeavor? Is it something you want to try out, a fun little hobby, or a challenging field where you plan to grow and achieve something? You can use YouTube Gaming for either. But that doesn’t mean you shouldn’t think your goal through beforehand.

YouTube has gaming content creators that have tens of millions of followers. You might have even heard stories about how much money some of them make. You can have real-world success with gaming video content, but it doesn’t come overnight, and it doesn’t come by accident.

Here are just some random things you might need to think about. What makes you unique? How much content can you create? Which games do you want to play? Can you play competitively? What’s your native language, and if it isn’t English, do you have a large enough market in your native language? If not, how’s your spoken English? Do you have the hardware to run the games at top settings and see a decent framerate? These are all questions you will need to answer if you want to succeed with YouTube Gaming.

What are the measures that describe success with YouTube Gaming? Subscriptions and views, just like with any other type of YouTube content. These are the two basic metrics of success, and if you want, you can use them to compare your success to the success of your fellow gaming content creators.

But should you? Is there really a reason to see other content creators on YouTube as fierce competitors? No one can tell you what to do, of course, but it might be a good idea to try out a different approach. So, instead of looking at people as competitors, look at them as parts of the same community you belong to.

If possible, use cooperation to improve yourself, your fellow creators, and the community you belong to. If you really want to compete, do it by finding something uniquely attractive to viewers that don’t take away from other creators and use it to enhance the quality of content you produce.

It’s perfectly fine to have a channel that only publishes your “let’s play” videos. It’s also okay to do only those kinds of videos or speedrun videos, or any other kind of popular gaming content videos. But if you think that’s the way gaming video content has to be made, you’re wrong.

Here’s a thing every content creator can do when considering the types of content to create: listen to the audience. They can serve as a never-ending source of content ideas. They might mention they’d like to see a Q&A, or a how-to video, or anything else.

Don’t think you have to box yourself with one type of content. Feel free to experiment with different forms of content. You can do more than just stream videos of you playing a game. Your audience might appreciate content with news about the games you like, or, they might like to watch some game reviews. There are tons of things you can do, and types of content you can make. If you use the audience as a guide, it’s very unlikely that you’ll do anything wrong.

5. You don’t have to restrict yourself to YouTube Gaming

Content creators can use a multistreaming service to save time and effort. A service like Restream allows creators to stream simultaneously to any platform they use. It’s important to engage with your audience, that’s why content creators should also use the Restream Chat. It makes chatting on multiple platforms incredibly convenient and intuitive.

Just like any other platform, YouTube Gaming has rules of its own, as well as a place in the hierarchy of streaming platforms. But if you’re careful, diligent, and open to experiment, you can use those rules and the number two position in the hierarchy to start a streaming career away from the crowded Twitch. And when you’re ready to branch out to a different platform, remember that Restream.io has your back. 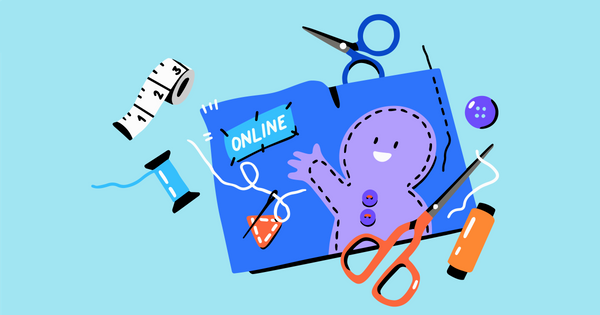 Repurposing content helps you attract new people and grow your audience. In this article, we talk about the most useful ways to repurpose your content.