A live video streaming setup has to meet two major requirements. The first is that the hardware is powerful enough to handle the encoding of video in real time and sometimes even run video games in high settings simultaneously. The second requirement is a good upload speed.

Before you start calling your ISP to inquire about more bandwidth, you first need to know what a good upload speed for streaming is. Unfortunately, this is one of those questions that don’t have a precise answer.

What is a good upload speed for streaming? A speed that allows you to stream the content you want to the platform of your choice without any major issues. It should also be capable of delivering your content at a quality that, at the very least, will not disadvantage you or make you a less-competitive streamer. So, basically, anything between 672 kbps and 61.5 Mbps can be good.

Not happy with the answer? Good. There are some rules of thumb or generally accepted values for good upload speeds. Those are worth knowing. But we’ll also dig a bit deeper to find a good upload speed for your live stream needs.

What do you think people do the most online? We know that the most popular website in the world is Google. It’s followed by YouTube, Facebook, Baidu, and Wikipedia. So that’s two search engines, an encyclopedia, a social network/video platform, and a video platform/social network.

People consume content online. They seek it out, identify it, and then read, listen, or watch it. To be able to do that, their devices need to ingest data, which comes to them in the form of bits. Your internet connection’s download rate shows you how many bits of data your computer can take in from the Internet using that connection. Usually, the rate is expressed in millions of bits — or megabits — per second.

It’s your connection’s upload rate that matters the most.

When you create content and you want to share it online, it’s your connection’s upload rate that matters the most. It’s the same as the download rate; it just works the other way around, showing how many bits of data you can share per second. It’s also expressed in megabits per second (Mbps). Data shows that, globally, upload rates are lower than download rates.

Lucky you! You’ve just found an offer one cannot simply skip. With this promo code, you can get access to all Restream paid features for 7 days absolutely for free. Moreover, you’ll have a 25% discount for your first upgrade. 😉 Enjoy the smoothest live streaming experience with Restream.

👉 Here is your promo code link.

What is a good upload speed for streaming?

Streaming live video can take up a lot of bandwidth. Just how much will depend on a lot of factors. Encoding matters, but so does the type of content you want to stream. Platforms play a part, just like the resolution and the frame rate of your stream.

But let’s start talking about the numbers. Say you want to live stream a video of yourself interviewing someone. You’re choosing between Facebook Live, YouTube Live, and Twitch. Since all the platforms support live streaming of 720p video, we’ll use the bitrate recommendations from each platform:

So, if you’re streaming live video at a resolution of 720p, at 30 frames per second, you will upload up to 4,160 kilobits of data per second. So having an upload bandwidth of around 4 Mbps should cover you, right?

Not quite right. You will need to upload up to 4,160 kilobits of data per second constantly. Because these speeds fluctuate, it’s generally a good idea to have a 35% to 40% buffer. That puts us at an upload rate of around 5,700 kilobits per second, or 5.7 Mbps. However, if you are sure your internet connection is stable, such a buffer might not be needed. Remember, a stable connection is as important as an upload speed!

But that shouldn’t be the declared bandwidth your ISP is delivering to you. For various reasons, the declared upload bandwidth of your connection and the actual upload speed you can achieve can be very different. That’s why you should always test your upload speed to get a more realistic view. The number you get from these tests should be up to 5.7 Mbps if you want to stream 720p video.

How to stream on Twitch: the ultimate guide
7 best webcams for streaming
The only multistreaming guide you'll ever need

The 5.7 Mbps upload speed for 720p video at 30 frames per second is the upper limit. You can still live stream 720p video with a lower upload speed. If the whole video is a single shot of you talking about something, 4,000 kbps might be too high of a bitrate. You would probably be fine with reducing it by half.

If, on the other hand, you want to stream video games or events with plenty of visual information, 4,000 kbps is called for. The faster the pace of the visuals, the higher your bitrate should be. That’s how the type of content affects what a good upload speed is for you.

Let’s stay in the realm of video games. If you’re streaming games with fast-paced action, you should ensure your viewers see what’s going on as clearly as possible. You might want to stream at more than 30 frames per second.

A good upload speed for your live streaming will vary from one platform to another.

On Facebook, starters can only stream up to 720p video for now, so there’s no need to have more than 5 Mbps. In order to live stream full HD videos, you need to apply for their Level Up affiliate program.

And YouTube? Well, YouTube Live supports 4k live streaming at 60 frames per second. It recommends a bitrate in the range between 20,000 and 51,000 kbps. You’d need an upload speed of 68.8 Mbps to pull that off. That’s just below the average upload speed on Rhode Island, the state with the highest average upload speed in the United States.

Finally, your competitors might affect your upload speed requirements. Twitch and YouTube are crowded with people trying to use them to make money. If you’re doing it too, you cannot afford to fall behind in terms of video quality. Better quality requires higher upload speeds, so the competition will eventually push you to increase your upload rate.

What upload speeds should I be aiming for?

With all these variables in mind, one thing becomes clear – you shouldn’t be asking about what a “good” upload speed is. Instead, it might be better to ask which speed you should be aiming for in your circumstances.

Let’s see which bitrates and the corresponding upload rates the three major streaming platforms advise streamers to use. We’ll segment by platform, resolution, and frames per second, where applicable.

As you can see, YouTube is the place to go for the highest-quality live streaming. Facebook seems to be the most accessible, while Twitch is still the gamer’s haven.

How to get a good upload speed for streaming

Calculating the desired upload speed is one thing, but ensuring you have access to it is something completely different. The problem is that getting access might be harder than you think.

The upload speed you can achieve depends on the service packages your ISP offers. For residential users, the download speed will always be higher than the upload speed. The best way to get symmetry is to sign up for a business-level service if possible. It will guarantee you the declared upload speed at any time. This, in turn, provides stability and reliability to ensure smooth live streams.

In terms of sheer speed, the good news is that internet connections are becoming faster across the board. Technologies such as optic fiber internet are bringing higher speeds to your workplace or home — at least they are if someone is offering them in your area.

So step number one in your chase for a good upload speed for streaming is to switch to an ISP that offers the speed you need. Be prepared to pay more for more speed, though. Also, make sure you ask around about the quality of their service.

If you’re stuck with a provider that offers suboptimal speeds, you can still do a couple of things to improve your situation:

How to stream with low upload speed

With Restream Events, you can bypass the upload speed inconveniences. How? Our feature allows you to upload your pre-recorded videos, schedule them, and live stream later as if it was a regular stream. This way, your upload speed wouldn’t even matter. After you upload your video, Restream will broadcast it on the scheduled time automatically, so you don’t even have to be online.

Schedule your videos live
Broadcast your pre-recorded video content to multiple social platforms at the same time.
Get Started

As a live video streamer, the quality of your content will depend on the quality of your broadcast. That’s a fact. You can have the best skills in the most popular games, or the best banter, or the greatest sense of humor. But if people can’t see and hear you well, you’re just a person sitting in front of a camera.

Upload speeds can significantly affect the quality of your broadcasts. That’s why it’s important to use a connection with enough upload speed for the type of content you broadcast.

Still, you shouldn’t go for the highest possible upload speed by default. You only need it if you’re planning to stream at a very high bitrate. Remember, a good upload speed is the one that’s appropriate for your goals. 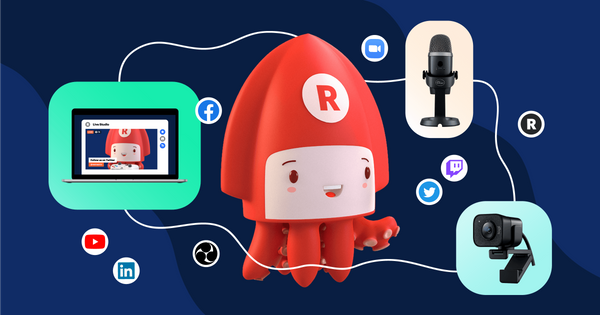 Ready to try live streaming but aren't sure where to start? Learn everything you need to know in this ultimate guide to live streaming. 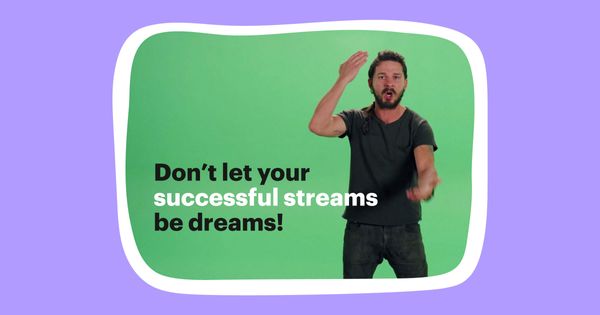 Live streaming is an effective marketing tool. But it can be better if you promote your live streams. How? Let’s find out in this guide.

Ready to try live streaming but aren't sure where to start? Learn everything you need to know in this ultimate guide to live streaming.