A couple of years ago, the head of the Roman Catholic Church, Pope Francis, issued a document that warned Catholic nuns about some of the issues that come with the use of smartphones and social media. The Pope acknowledged the usefulness of these tools for communication. However, he also expressed concern about their ability to attract attention for hours on end and allowing people to spend time on futile activities such as chatting.

The image of nuns spending time on their smartphones on social media shouldn’t seem strange. The online world is easily accessed through smartphones, and it contains a wealth of content and places for religious people, including social media channels that are full of spiritual content and worship live streams. This shouldn’t surprise us, as some of the first uses of emerging technologies have been for religious purposes. That’s why we have the Diamond Sutra, Jikji, and the Gutenberg Bible—the oldest printed books in the world that are also religious texts.

Social media is here, and that’s a cold, hard reality, as real as the devices people use to access it. There is some truth in the fact that these new technologies can have an adverse effect on people’s social lives. But they are also the tools people use to learn, connect, and yes, worship or spread the word of their religion.

Why turning to online worship is a good idea

That same social media platform can, however, provide some unique opportunities for spiritual people. To get a better understanding of how religious leaders can engage their flock, consider the following statistics:

These numbers show what many in the religious communities might already be experiencing: on-the-go is the new norm. Social networks are very popular, and they are accessible from anywhere. The only prerequisite needed for accessing them is ownership of an electronic device, and half of the world will soon own one.

Modern religious people can use social media and smartphones to stay in touch with their communities. For their part, the communities need to establish an online presence, preferably on social networks. Facebook is the chief among them because that’s what most people use. But Instagram and Periscope might be a good choice, too, and so could YouTube.

Another great benefit that comes with using social networks for worship is that we know a lot about using social networks effectively to stay in touch with community members and provide a valuable service to them. Any religious leaders who want to start using social media to give the members of their communities an online place of worship can easily find a plethora of tools they can use.

One of the main tools they have in their kit is — content.

Religious communities don’t have a problem with content. They have the most appealing, engaging, and inspiring pieces of text we as a species have ever created. Religious books are an endless source of great topics. Communities have oratory traditions that bring this profound content to the everyday level, making it very relatable.

What might be an issue is the best way to present that content. In this day and age, there’s probably no better way to spread religious content than in the form of video streaming.

Every social media platform people use most has a video streaming service. That’s Facebook, Instagram, and Twitter. The websites that specialize in video content, such as YouTube and Twitch, are increasing in popularity, even though they are already very popular. Streamed video content is a great facilitator of two-way communication. Best of all, even live streams don’t have to be live because it’s easy to live stream pre-recorded content.

It’s understandable that some religious communities might be on the fence when it comes to live streaming sermons or other events of worship. There is something special about being at an event while it’s happening. Streaming doesn’t aim to remove that. It simply provides an alternative for the people who, for any reason, prefer to watch things on a screen.

Let’s say a religious community has a reasonably tech-savvy member and a leader who understands the importance of using social media to reach the flock. All it takes is one person and a smartphone to create a video of a sermon or any other religious community event.

Adding a webcam to the mix will open up new options. Thanks to Restream Studio, you can do amazing things with the basics of just a webcam, computer, and internet browser. That's all you need to live stream a sermon or a service across several streaming platforms at the same time. It really is as easy as it sounds, and it works well for smaller, more intimate settings.

There’s always the chance you provide serious production value and include a multicam setup for the most dynamic and engaging viewing experience. In that case, you’ll need someone to man the switcher and choose which camera to use when. But even then, you can route everything through Restream and have it broadcast through multiple platforms at the same time.

Of course, live streaming is only as effective as it is able to cater to its audience. It’s true even for religious live streams — if they are not timed well, people might miss them. Being able to schedule streaming on specific times of the day, such as after work, or specific times of the week, such as the weekend, can be of great benefit to the community. Not to mention that it’s one of the steps professional streamers take, and they are the people who’ve figured out this streaming business best.

The person who takes the video would then upload it to a service like Restream Scheduler. They would get to choose which channels they want to stream their video on. They would also be able to schedule the live stream at any time they like. After setting everything up, they could just sit back until the stream starts. They can even watch their own streams on social networks.

Schedule your videos live
Broadcast your pre-recorded video content to multiple social platforms at the same time.
Get Started

The beauty of live video streaming is that it’s very easy to start with, and there are few limits to what people can do with it. Small communities that don’t have large budgets can use smartphone cameras for their video. Larger communities can invest in more expensive equipment.

The modern problems of isolation and alienation are tough on everyone. The people who are affected feel it, as do the people in their communities. One way religious communities can try to fight against it is by using modern tools to spread their teachings and a sense of belonging.

That’s where live streaming comes in. It’s quick to set up and easy to use. It has an unprecedented reach, and it’s able to go where the flock is — people can take it with them. Because social networks and streaming platforms often come with marketing functionalities, it’s possible to use them to increase the flock. Live video streaming might be an antidote to a shrinking congregation, and it can be the perfect morsel of meaning in a sea of meaningless content. 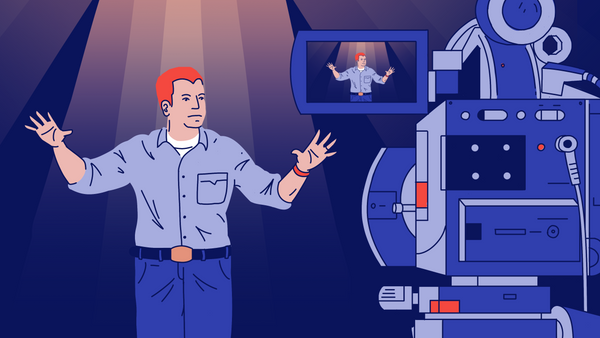 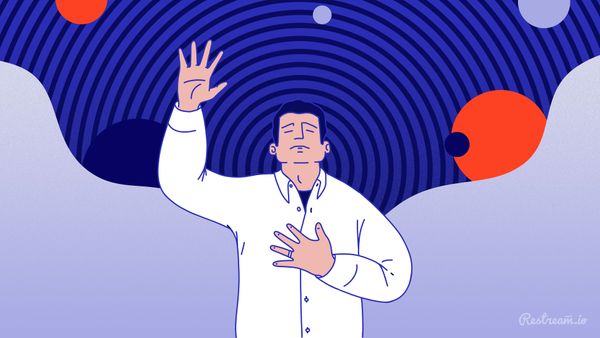 Churches the world over are facing a crisis of membership. But some churches bucking the trend of falling church attendance